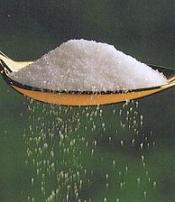 Xylitol is a naturally occurring sweetener, that does not cause tooth decay.

Xylitol has the same sweetness as sugar so it easily becomes a good replacement.

Xylitol is also produced naturally in our bodies.

Xylitol has a glycemic index of 7, compared to 65 for normal table sugar.

I do not count xylitol as a carbohydrate so do not add it to my personal carb count for the day, because it does have such a minimal effect on blood sugar levels. There is some debate on this however.

Xylitol is found in plant fibers. It’s as sweet as table sugar, has little to no aftertaste, and only about 40% of the food energy, making it a good low calorie alternative to sugar.

Xylitol is advertised as "safe for diabetics and individuals with hyperglycemia". This tolerance is attributed to the lower impact of xylitol on a person's blood sugar, compared to that of regular sugar.

Xylitol is also produced naturally in our bodies, in fact, we make up to 15 grams daily during normal metabolism. Whilst xylitol sounds like a chemical, it is not. It's original name from Finland has produced confusion in many non-European minds.

Xylitol looks, feels, and tastes exactly like sugar. Although that is where the similarities end. Xylitol is really sugar's opposite. While sugar wreaks havoc on the body, xylitol heals and repairs. It also helps builds immunity. Xylitol is a five-carbon sugar which means that it is anti-microbial, preventing the growth of bacteria. While sugar is acid-forming, xylitol is alkaline enhancing. All other forms of sugar are six-carbon sugars which feed dangerous bacteria and fungi.

Xylitol has no known toxicity in humans, and people have consumed as much as 400 grams daily for long periods with no apparent ill effects. Like most sugar alcohols, it has a laxative effect because sugar alcohols are not fully broken down during digestion; albeit ten times weaker than sorbitol. The effect depends upon the individual. In one study of 13 children, 4 experienced diarrhea when consuming over 65 grams per day. Studies have reported that adaptation occurs after several weeks of consumption.

Dogs that have ingested foods containing high levels of xylitol (greater than 100 milligram of xylitol consumed per kilogram of body weight) have presented with low blood sugar (hypoglycemia) which can be life-threatening. Low blood sugar can result in a loss of coordination, depression, collapse and seizures in as soon as 30 minutes. Intake of very high doses of xylitol (greater than 500 - 1000 mg/kg of body weight) has also been implicated in liver failure in dogs, which can be fatal. These are points of controversy, however, as earlier World Health Organization studies using much higher doses on dogs for long periods showed no ill effect. 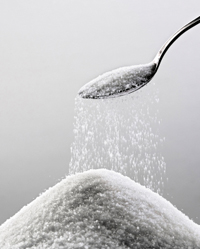 This is our other online business where we specialise in selling electronic cigarettes, completely unrelated but for a single product such as Xylitol it made sense to retail via our existing online store.

You can also find us on Trademe if you would prefer. Simply search for "Xylitol 1kg"

We are currently out of stock at present and expect to have more around the end of May early June.